It was amazing. I hope you enjoy my book-club-length ramblings on this movie. I just really missed being a literature student.


The movie picks up where it left off in the last movie. The gushing teenage Peter Parker (Andrew Garfield) aka Spooderman finds himself in a romantic dilemma with Gwen Stacy (Emma Stone), his girlfriend -- or would 'girlfriend-until-her-dad-who-died-telling-him-to-stay-away-from-her' be more applicable? -- as her deceased father, Captain Stacy's words of warning get in the way in the form of ghostly apparitions, hallucinations & unshakeable, haunting thoughts. In the movie, they are in constant interims of being together and PDA-ing, and on the other hand, arguing, stalking each other (or more of just Peter stalking Gwen) and when alone, yearning for each others' company. Gwen is also planning to move to England, having been put on the final wait list for Oxford. Having graduated from high school, Peter has more time on his hands and so he is highly involved, as Spiderman, in daily city crime & saving people's arses. Peter is still searching with a new ignited passion for answers to the enigma of his parents' disappearance. Same old, same old.


Enter: Max Dillon (Jamie Foxx), a very unsuspecting, unappreciated & self-proclaimed 'invisible' man is saved by Spiderman from being hit by a bus during a Russian mafia mob -- and from then on, Max harnesses an obsession for Spiderman which, I feel, is fuelled by his lack of self-esteem & personal acknowledgement from his peers. He is an electrical engineer at Oscorp (if you don't remember, the company that Peter's dad worked at, where Dr. Connors turned into a huge lizard and where Peter got bitten by the spiders) & on that day of his miraculous meeting with Spiderman, submits blueprints for the new power grid that would supply electricity for the whole city. His blueprints do get used, but are not accredited to him. On his birthday, he is asked to stay back after work by one of those typical asshole workplace white guys (no racism here, it's just typical in these movies) because there is an electrical deference somewhere, and while fixing it, he very dramatically plummets into an aquarium brimming full of mutant, electrically-charged stingrays/eels (???), and you guessed it, he turns into some blue electrically-charged monster with superpowers and starts calling himself "Electro". After an unintentional showdown in Times Square with Spiderman, he decides that Spiderman is a selfish bastard who couldn't even be bothered to remember his name. GUESS WHAT HAPPENS NEXT. JUST GUESS.


Enter: Harry Osborn (Dane Dehaan), an old friend of Peter's becomes the CEO of Oscorp after his billionaire father who ownsed Oscorp and didn't give two flying hoots about his son before his death dies due to a genetic disease that turned him into a shakey-handed, apple-green-skinned monster. Harry finds out it's genetic.. Then he finds out that spider venom self-heals. TIME TO PUT TWO & TWO TOGETHER.

WHAT I LOVED ABOUT THE MOVIE:


1. The movie was exhilarating. I liked how perfectly the kid-friendly sarcastic humour, the wit of the characters, on-screen romance & emotionalism intertwined with adequate car-crashing, building-hopping & crackling electrocuting action scenes. The combination of each was done by pure filmmaking genius. There was no boring moment at all, and the Amazing Spiderman 2 drew me in & captured my senses wholly for two hours and a half. Kudos to Marc Webb, the director.

3. The movie's recurring motifs centre themselves around time.

It begins with a zoom into Peter's watch, and I believe this portended and foreshadowed the climax (the typical Spiderman-plus-damsel-in-distress style showdown with Electro), which physically took place at the clock itself, and was nothing short of a romanticised tragedy. Peter was also late to his graduating ceremony where Gwen made a graduation valedictorian speech about time & how it's precious because it ends. Richard, Peter's dad, had no time left. Metaphorically, during the climax, time also happened to be the actual villain, or at least a factor in which would decide the fates of many civilians, and, ultimately, that one person. The climax, the ultimate fight, was a ticking time bomb. One millisecond short, and everything would end. Time, because it was always running out in Peter & Gwen's relationship. Their dates would always be cut short by circumstance: first at the Dim Sum restaurant, then in the park where Peter zoomed off, and then in the middle of the sky, and at the end. Time was the essential hamartia in their relationship. #literaturestudentalert

4. The character of Peter Parker & Andrew Garfield's portrayal of him, basically.


I loved his compassion for people & his humanity. Of course these are traits attributed to nearly every superhero there is -- but the fact that Peter Parker is just growing out of adolescence & literally has no motive in saving people besides pure playful snark, skylarking & pure enjoyment makes me feel that he's unlike other superheroes there are. I mean, he's like, what, seventeen??? The way he treats his aunt. The way he loves Gwen. His intelligence. His wit & his dry sardonic humour. His casual insouciance even when he's about to die or something. Like, he just walks into a road whether he's Spiderman or not and completely disregards common pedestrian rules and disregards the fact that cars might be crashing in the background of his dramatic coup de theatre..

Moreover, Andrew Garfield absolutely nailed his role. He breathed & epitomised it -- the awkward transitional phase from teenage adolescence to young adult. The process of finding himself, losing himself, losing people around him, finding out what he wants. #worsethanpuberty Andrew Garfield doesn't play Spiderman, he is Spiderman. Also, he's cute.

6. The chemistry between Peter & Gwen.

This was one of the best graces of the movie, given all I've just said. I really liked how Gwen & Peter immediately stop being Gwen & Peter for a few moments when they are together and transcends into their own cute little world where they'd both see nothing else & be nothing else but together. You could just feel the chemistry; it's impossible not to ship them or have little spasms as you dream of ever feeling that way about someone. I think it's just this natural chemistry that Emma Stone & Andrew Garfield have with each other that comes from their propinquity & "close relations", to say the least HAHA. 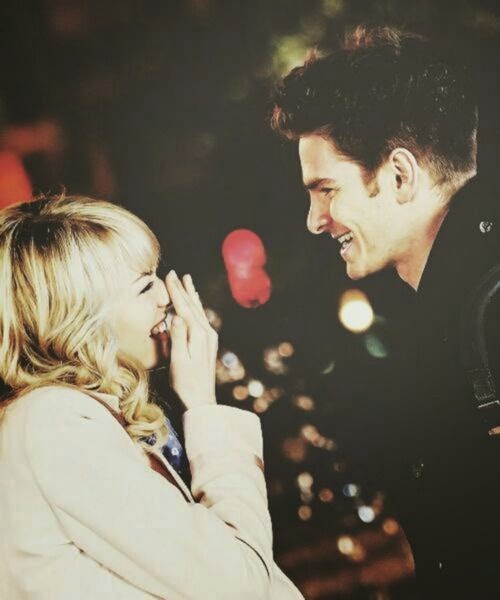 7. How the way Gwen dressed showcased her character development from the first movie. 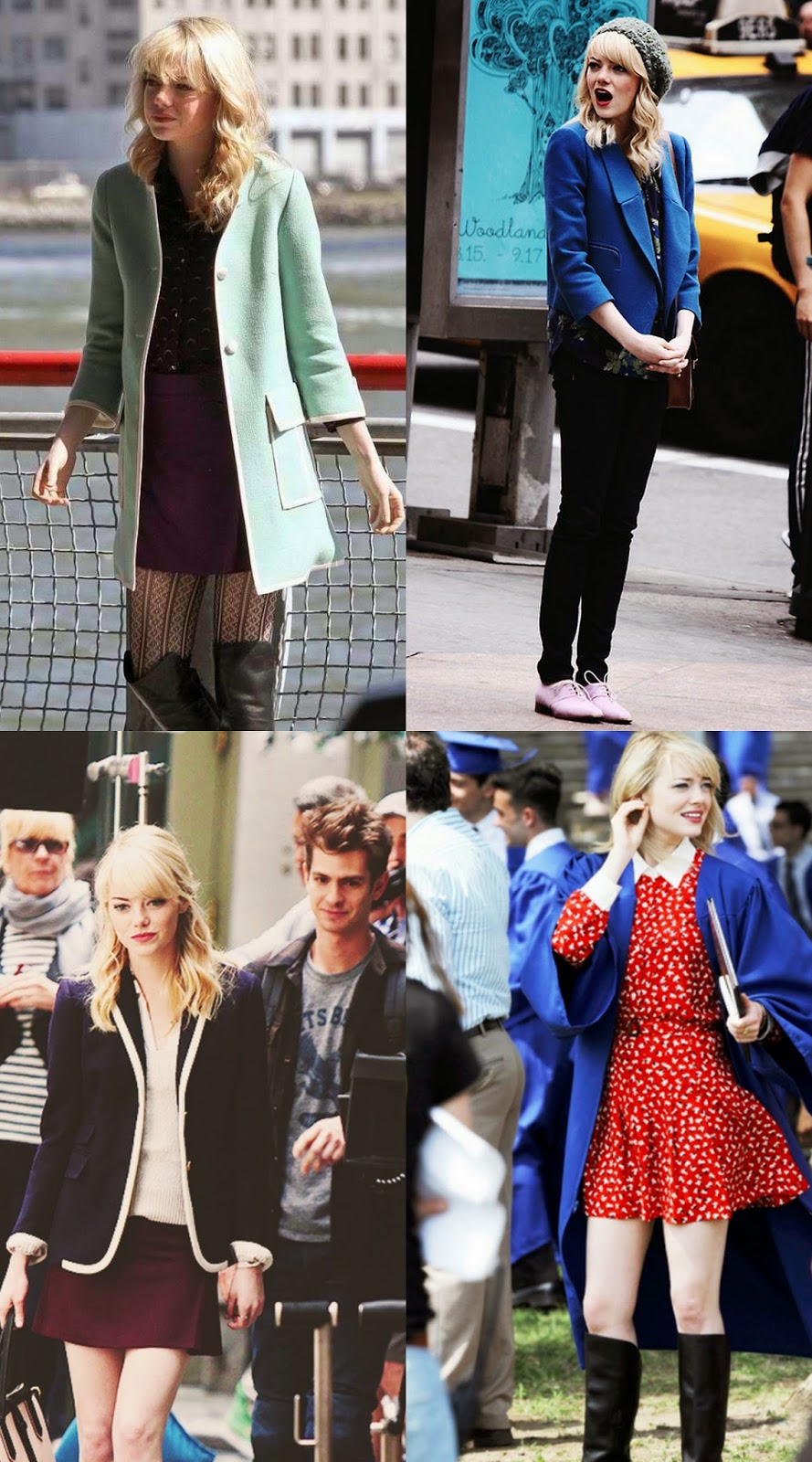 I just really liked how classy she looked. It shows how she has matured aesthetically, honestly. Kudos to the styling team!

I also really admired the character Gwen. She's so smart and she's so brave and I think a suitable brand for her is the modern day American Mulan. 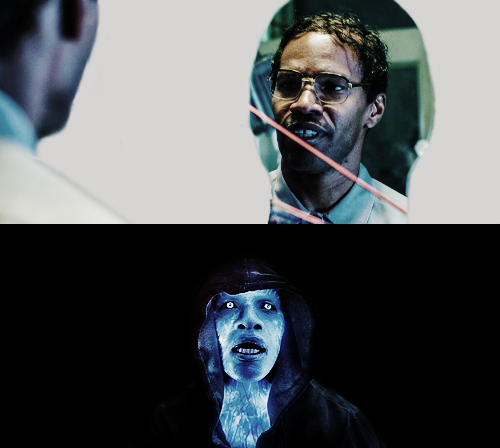 Can I just cry at how much I understand him. Being shunned by the world, being ignored, being hated, being treated unfairly - then serendipitously finding power, and then just channeling everything he has into that overwhelming new power. I could feel his anger and I could feel his pain, I really could. I nearly cried during one of his scenes. Maybe I sound like I am romanticising a villain, but I think he really didn't deserve what he got.

I do believe that a movie is almost nothing without its soundtrack. I love Hans Zimmer and I have always enjoyed his compositions; to me a movie with a score by Hans Zimmer is nearly always guaranteed to have success. This particular score that I've linked above is called 'My Enemy- Paranoia', and it features Pharrell Williams. It was the most climactic, angry, frustrated one -- and it literally brought out the Electro-sparks where it should have, and where visuals alone did not cut it in the penultimate fight. It gives me chills just listening to it now.


MY PROBLEMS WITH THE FILM

1. There were several parts that weren't explained well. Like, if you watch "How ___ Should've Ended" videos on YouTube, I think it would be very easy to spot things in this movie that could've easily solved the whole conflict & made there not be a point to this movie at all.. For instance, if Spiderman had actually helped out Electro after their first fight in Times Square, Electro's faith in Spiderman would've probably been restored. Also, I don't think Peter really understood what Max was feeling and why he acted the way he did. So if Electro/Max could've cleared that up, somehow, that would've been nice too. Also, why was Harry so in a rush to capriciously find a solution to saving himself? He was only 20 and his father died when he was 60, so I'm sure he would've had a lot of time to figure out the remedy.. His communication with Peter wasn't very clear, I guess. Peter didn't explain completely to him why spider venom was so dangerous, anyway. It was all a freaking miscommunication.

3. AND SHOVED IT INTO A PAPER SHREDDER.

8.  I felt like the movie was over-saturated with villains & twists in plots & the villains were quite underdeveloped. Take Harry, for example. He went from a nice old friend to evil psychopath guy in a spider suit in the span of about 10 minutes. And that Russian mafia at the beginning & end? No comment. The Richard Parker/Roosevelt incident did add a nice touch to the movie, though. Although the ends were not tied properly.

9. There were way too many car crashes.

I don't like giving ratings because I feel like your expectations would be so confined to one percentage, like an exam. This isn't an exam, this is a movie, this is a work of art. You can't really expect one to grade it.. based on what? How much I enjoyed it? How good it is based on other movies? Just based on itself? I don't know, but if you really coaxed me to, I'd give it a 9/10 just to convince you to watch it.

DID IT MOVE ME?

Are you kidding. Yes. In so many ways, yes. I came out of the cinema with red-rimmed eyes, having cried harder than I ever did over a movie. So, heck yes, it moved me.

Watch it, man. I'm sure if you're reading this you've seen the countless of tweets raving about this movie & have already bought your tickets. Even if you have read spoilers, it wouldn't really affect how much you enjoy the movie, so don't be too mad at the people who posted spoilers. It's definitely worth the time/money. I watched it twice, once with my friends & the other with my family and both absolutely loved it. Bring a box of tissues though. And also a cold teaspoon, because your eyes will be puffy.